While I left the B&B by 8:15 am, I didn’t leave Caserta proper until almost 10:00 am. My map showed a castle (and even referred to the castle as Castello Normanno) I wanted to visit, but every path I could find to the castle was blocked off.

After climbing out of Caserta, I had the pleasant surprise of a long downward run into Benevento. On the way, near Montesarchio, I spotted another castle perched high on a hilltop, but chose the more prudent route and continued on. 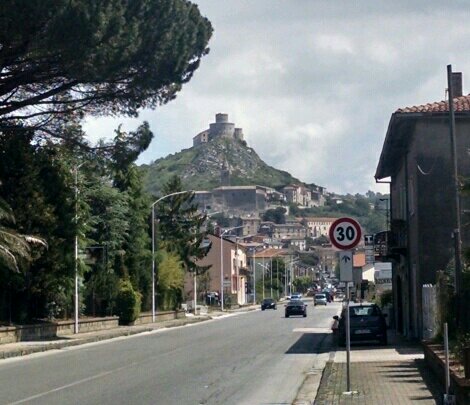 At the 60 km mark, in Benevento, I knew could reach the B&B I’d identified last night, so tried to reserve the room. Repeatedly. For some reason the Booking.com app wasn’t accepting my credit card. Rummaging around on the bicycle for a second card returned the same results. A problem for later – I had to cycle that way regardless.

Roughly 15 km out I tried again, this time using the website. Different method, different result. The website wanted to verify my credit card via either text or email. That resolved, and a room in hand at Relais Aeclanum, I continued onward.

Dogs chased me three times today. The first started after me right after I crested a hill. Two minutes earlier and he could have had me. The next pair I shouted at when they started after me. A good thing-at that point I didn’t have water to spare.

The weather finally turned warm, and with a slight tailwind when climbing I felt the heat, moving at the same speed as the air. At least a half dozen times people driving past beeped their horns and waved, cheered, gesticulated, or gave me a thumbs up as I climbed my way into the mountains. If you ever see a cyclist struggling up a hill, that encouragement can make their day. I was well on track to meet my proposed arrival time between 4:00 pm – 5:00 pm. Only 4 km from the B&B I encountered a sign that my arrival might be delayed: 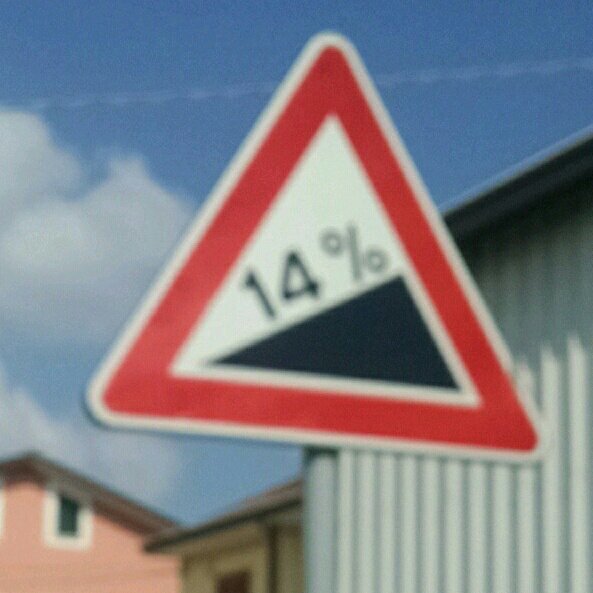 The next couple of kilometers were UP. I didn’t make the entire climb without stopping, but upwards I cycled. I’d like to say I’m in better shape, but replacing my smallest chain ring after my struggles in Bosnia-Herzegovina with an even smaller chain ring clearly paid dividends. 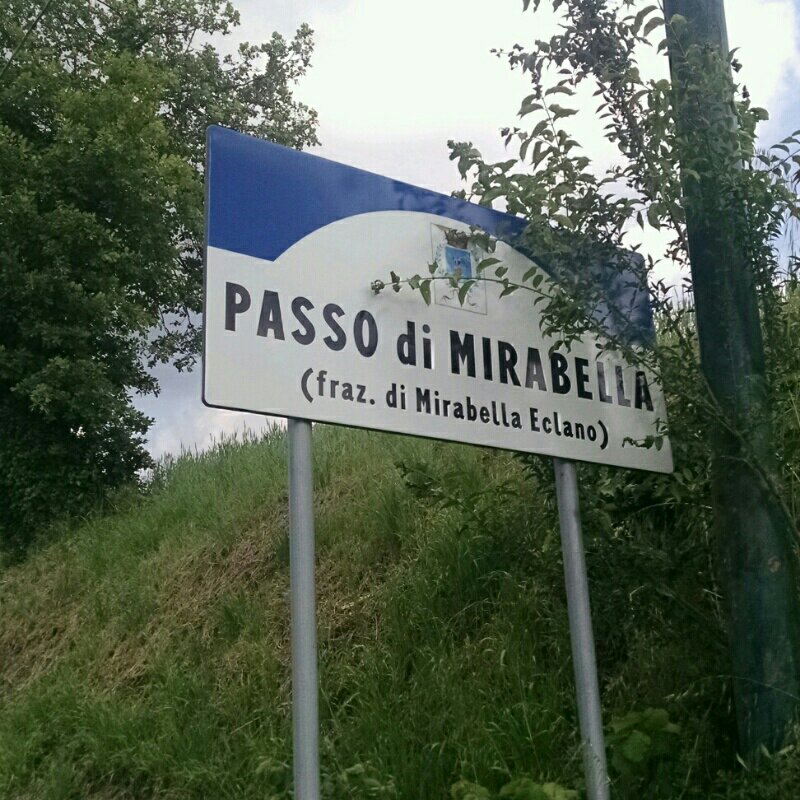 Arriving at the location of the B&B I’d flagged on the GPS… no B&B. Double-checking across the app, Google maps, and OSMAnd, I was in the right place, even if the B&B was not. As I pondered the next step, a car pulled up beside me. “B&B?” I followed them several blocks, not 100% certain I was headed to the correct B&B. The B&B is FANTASTIC (even if I will have to climb a bit to get back out).

Route-wise I’m on roughly the convergence of EuroVelo 5 and Via Appia. I have GPS tracks for both, and will navigate accordingly. Preliminary investigation of the route tomorrow shows a 500 meter climb in the first 20 km. After that, I guess we’ll see. I’m definitely sick; just hoping I can push past it. Sometimes that works, sometimes it doesn’t.

Measure your life in how far you’ve come, not in how long it took to get there. True in cycling as well.