With a new day brings new challenges. The forecast showed rain for late afternoon today and Monday. In other forecasts, Romanian Post reports my gear has reached the final destination of Brasov. Looking forward along my trail, few options exist besides Vienna to get back to Romania without a significant deviation in course, or until I’m all the way in Geneva.

I reached out to Simon, my friend in Vienna that I first met at Dragon*Con through a mutual friend. Simon and I  failed to hook up earlier in the week because he’d had other plans, but some back and forth this morning lead to a revised plan. I purchase a ticket for Vienna to Bucharest for Sunday, flying back Monday late afternoon. I stay with Simon Sat > Monday, and more importantly, a safe home for my bike Sunday night while I temporarily abandon it.

The only flaw comes when I purchase the ticket. My original ticket plan, flying out early Sun., is no longer available. The new ticket is also slightly more expensive (of course) and I’m now flying out Sunday afternoon. I have to get from Bucharest > Brasov > Bucharest. As long as I can still get to Brasov Sunday night, even late, everything should work out. Go to the post office, deal with customs, pick up box, and back to Bucharest in time for my flight. I know Brasov well, and the hostels. I still carry my Romanian currency, so exchange should not be an issue.

I took a quick walk to a nearby bookstore, as I need maps for Austria, Germany, and Switzerland; I’ve been using the upper edge of my Hungary map for Slovakia and Austria, but I soon leave that area. No appropriate scale maps for Germany, but I buy the marginal scale for Switzerland (1:400000), and find maps for Austria at 1:150000. Western Europe is much more densely populated than Eastern Europe, and more roads means I welcome the additional detail. I will also feel fast on those maps, given the scale difference.

When I go to check out, the Austria maps, with no price tag, belong to a set. I’d wondered that, but as the set was missing several of the maps, clearly an issue somewhere. The Austrians, very order-oriented, couldn’t sell maps that should be part of a set, even if they couldn’t sell the set anymore. Fortunately I’m now in countries with a better English foundation, and I finally talked them into finding the cost of the individual maps (which were not in stock), and selling at that price. Success.

I had an uneventful ride to Simon’s, but failing at the final steps of locating his place found me war-cycling through Austria looking for a hot spot until we connected.

The reduced traffic of Saturday provided a more relaxed ride than then initial ride into Vienna, and let me appreciate the cycle path and traffic system in Austria. While every road doesn’t have a bike path, a patterns emerges that, once familiar, I could readily cycle across Vienna on cycle paths, specifically set aside for bikes, with their own traffic lights.

On reflection, the integrated public transportation system here changes how you think about getting around town. The metro provides ready access to moving across town in big jumps, the trams in smaller steps, and a clearly defined bicycle and pedestrian system fills in any remaining gaps. At longer distances the train and bus network covers the countryside. Everything works because of the support of the other systems. With the  discussion of a light rail system in the US, I wonder how well they’re planning for the totality of that system.

Simon provided some advanced wandering through Vienna, with interesting historical facts and quirks along the way. I added tram to my transportation list. I’m going to have to rent one of the horse-drawn carriages that transports tourists around town just to complete the set. We visited the National Art Museum, where much of the collection originated as the Emperor’s art collection. When you are the emperor, you build a separate building to store all the random gifts you receive instead of sticking them in the back of a closet like everyone else. Finally run out at closing, we went out to dinner and retired to his place. 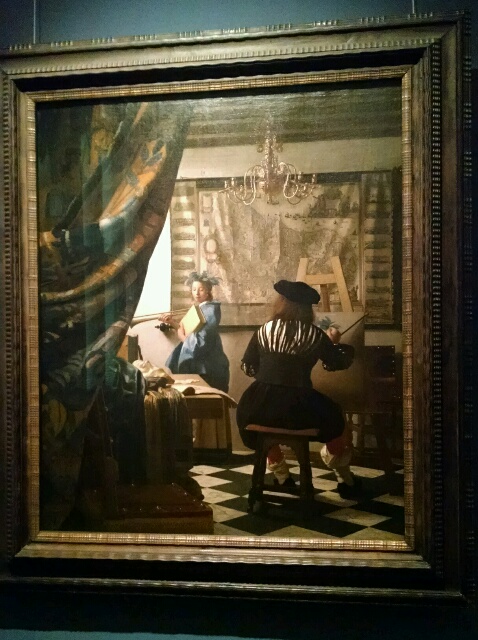 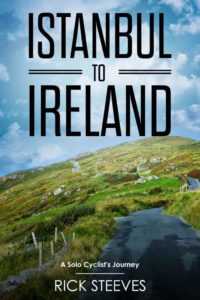